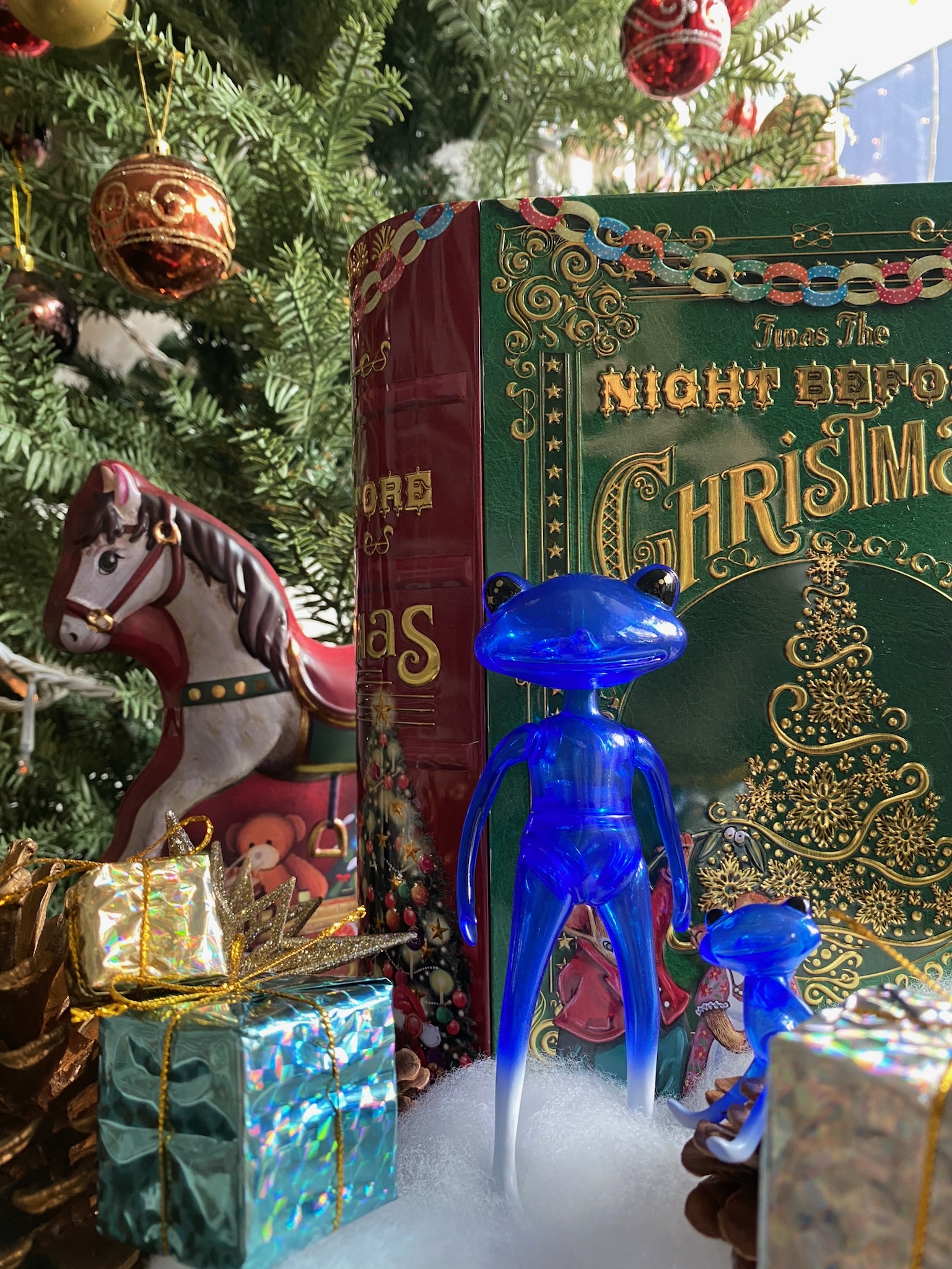 Happy holidays! December is the season of happiness and cheer! We, at Wonder Frog, want to spread this positivity to our loyal customers so we are launching our festive Christmas Limited Edition Wanda Friend doll. A very fitting offering to close out a very memorable year, our 15th anniversary.

When we think of Santa Claus at Christmas, we think RED! Even in the world of Wanda Friends, it is the Red Messenger who gives out gifts to the children of Noiel, during this season. But up above, on the Sky Country, a Blue Messenger is the one doing this job.

His name is Midnight Magellan. He has a beautiful blue and transparent body, white as snow from the tips of his toes up to his knees. With a golden star on his sparkling eyes, they represent a bright glow during a dark winter sky.

Riding his blue sleigh across the sky, seemingly traveling like a shooting star, he arrives at Sky Country on the last day of each year. He comes bearing gifts for the children who await his visit, ready to tell him that they’ve not been naughty.

As always, the FWF version of Midnight Magellan will also be released. He is like a spirit of the night that lightens up the dark sky like tiny stars from afar. Although it does not have a star in its eyes (they’re simply too small), the rest of him is exactly the same as Wanda Friend Midnight, except the size.


Also to be re-released this month is Lyuri Yucera, who first appeared in 2011. This time, it will be sold as a set of both Wanda Friend and Fortune Wanda Friend versions. As a special treat, it comes with a copy of “Cuddly”, the newsletter which is curated by Lyuri herself, as well as three postcards. Lyuri is a translucent green, frog fairy. She thrives in the greenness of nature.

We are going to sell these dolls starting on December 20th, 7pm Japan time.

Have a joyful holiday with your Wanda Friends!